lol. lmao.
who wants a DOI for their threads

leaving the bot off until I can read the ToS for zenodo and also make it opt-in by following since apparently you cannot delete things, but uh yeah I guess someone had to do it. (no one had to do it)

idk at this rate of writing avoidance i'm gonna end up addomg registering your ORCID with the bot and getting citations and some linked data ontologies going. 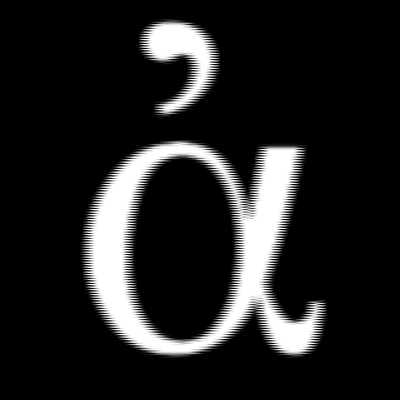 @jonny You realise that in an age of Web Chum, the DOI had been the new URI (in terms of finding useful and relevant content).

@dredmorbius
yes, definitely. and now we have to shake it loose again by finding the lil cracks that remind us of what we missed during "only credentialed ords in the good graces of an industry-run nonprofit' get to make links" vs "anyone can make links" ;)

@jonny I'm not following your line of thought.

My initial comment was also somewhat tongue-in-cheek. Though the observation that utter removal of gatekeeper + advertising & propagandistic motivations have made the Web far less useful as an information resource / platform.

I'd made the observation about DOIs a few weeks ago (somewhere). My point being that if I want information these days, I'm far more likely to look to academic sources.

Still far from perfect, and much is paywalled (thank you again, Alexandra Elbakyan for debugging that), but overall epistemic quality is far higher.

That and books (LibGen FTFW).

(To be clear: it's not the presence/absence of DOI that ascribes quality.)

@dredmorbius
the reasoning is conjectural, but basically the need for search engines, actually them being the only means of organizing the web, is at least in part based on the absence of coherent means of semantically linking it (and partially caused the semweb project to stall). so rather than adding more chum, adding means of distributed organization, social tagging, etc. might help rather than hurt chum.

it's an empirical question! if it ends up being a mess I can turn it off 😉

Alternate means of providing Web discoverability is an interesting quesiton. It boils down to a number of factors:

Contents. That's relatively easy, though generating and trusting an index based on content is ... hard.
Semantics: Harder, but still at least in theory tractable.
Relevance / reputation. MUCH harder, and something that cannot simply be left to individual sites. Put another way, the Web removed the role of editor but created the role of search engine.
Actual index travesal. This is where having relevant portions of the index close at hand is really, really important. I don't know if there's a way to distribute that index (say, along the lines of DNS) would be both hard and a privacy nightmare.

There've been multiple attempts to have websites self-descirbe. Most have gone poorly.

In the context of libraries, note that writing, publishing, and cataloguing books are three distinct functions, with three distinct entities (authors, publishers, librarians) behind them.

I think that at least some of that seperation of function must be retained.

@dredmorbius
yes, absolutely true that there have been many efforts for distributed organization that have failed. researching them over the past few years shows some patterns, like ignoring the ways that people use technology in favor of some ideal, so I think experimenting with tools that meet people where they are is important!

Also agreed those are separate functions, and I think it can be a fluid barrier between who is doing which and when!

@dredmorbius
I think the second half of this little experiment didn't make it over to masto, but essentially the idea is that in addition to being able to Archive, going to offer some macros for doing tagging and semantic linking, and then some tools for browsing with them. two audiences: academics (or whoever who wants to preserve their ideas) who want to be able to cite all the ideas they have on nontrad platforms, and nonscientists who don't know how to navigate scholarly publishing :)